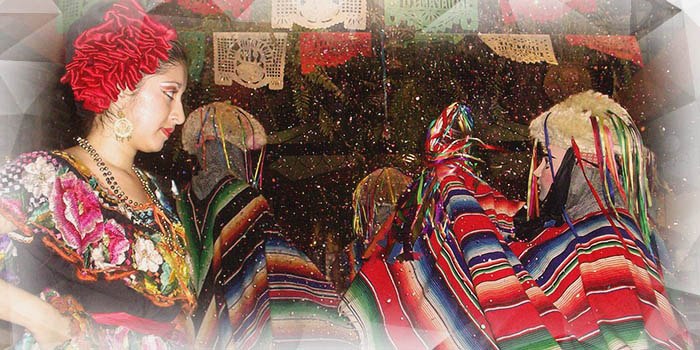 It is a complex task to talk about Hispanics in the United States. We distinguish ourselves mainly by speaking the same language, although we are from a great variety of countries and cultures in many different aspects.

For this analysis, I want to use the SWOT system. It is the analysis of the Strengths, Opportunities, Weaknesses, and Threats, which I will speak in more detail in another article.

This structure is used mainly for strategic planning in business, but we can use it for other situations, in this case, to talk about the Hispanic culture.I did it this way because, in my opinion, it is easier to observe the characteristics that distinguish us, divided thus

I did it this way because, in my opinion, it is easier to observe the characteristics that distinguish us, divided thus to understand what benefits us as a group and what damages us. In this way, we can use it as a guide.

This analysis is just an attempt to give information that I have and I consider useful for entrepreneurs. I do not pretend to write it as an academic text, neither detailed nor perfect.

Also, this is not a recommendation to take one or the other decision.

But if what I wrote here is useful for you, great! And if not, possibly you'll take one interesting fact.

So let's get into stuff.

Strengths are the positive characteristics that depend from within the same group, not subordinated to external situations. In this case, these are the strengths of the Hispanic population.

Let's start with this section saying something that is already known for all. Hispanics are the largest minority in this country (estimated at 54 million). And from this number, 51% is bilingual, a pretty positive number.

The Hispanic-owned business has grown in number, more than the average of the country.

Hispanic population is young, the average varies between 27 and 29 years, while the average of the entire population of the United States is 37.8 years old.

Purchasing power is estimated at 1.5 billion dollars and growing.

We are also distinguished by the appreciation of our culture, of the country of each one. The context in which we live daily is very familiar. This is one more strength for the emotional support this may represent.

The weaknesses are precisely the negative characteristics or situations that affect us and depend on ourselves, the ones that are within this group.

Although purchasing power is increasing, average consumption is low (11%) compared to the Hispanic population (16.3%).

In addition, Hispanic businesses are encapsulated in certain types of low value-added services, such as repair, cleaning, construction and maintenance services, clothing and personal care.

We do not excel in sectors of high value such as financial and technology.

We are Hispanic or Latino as a group (even for many, this is subject to discussion), however, we self-group in terms of countries and even we get to discriminate depending on our origin. This is how our cultural differences stand out.

While the good news is that 51% of the Hispanic population is bilingual, there is still that 49% who do not have an adequate level of English to run outside their circle, limiting their growth.

These are the characteristics outside of the group that are or can be beneficial.

There is a good part of the population in the United States (45%) who think that immigration is good for their country.

Also, the fact of the growth of the Hispanic population makes that the companies focus more and more on us, which Spanish language becomes more valued, therefore, being bilingual.

Government assistance does not discriminate against Hispanics, but rather benefits them, whether to open a business or to study.

For those who want it, there is a lot of financial aid and scholarships for Hispanic youth. That means there is no pretext for not getting ready.

Due to this growth, Hispanics have a greater role in the political and social life of the United States, and their influential capacity is advancing.

There are also opportunities on the Internet, although it is the same for everyone, the Hispanic community can be more communicated and close to their countries. For this reason, it may allow doing business with any other Spanish-speaking country in the world for anyone who wants it and knows how to take this advantage.

Finally, threats are those situations or characteristics that do not directly depend on the group but which affect negatively.

Among these characteristics, it is the discrimination that is sometimes experienced.

Still, a considerable number of the population in the United States (37%) believe that immigrants are negative for their country.

Many Americans, when they think of immigrants, the first ideas they have are "illegal" and "overpopulated".

About the current government's policy, I am not the right person and I do not want to comment on what is right or wrong (because it is not the purpose of this blog), but what is certain is that affect negatively to a sector of the Hispanic population.

Another point that I personally do not like, is the prejudiced image of representing us with a hat, a blanket, and maracas.

And finally, there are other immigrant groups such as Asians and Europeans who have a better reputation than Hispanics.

This has been all for the moment. Perhaps some information was missing or it could be deepened. But that will be a good pretext to write more broadly about specific topics in later articles.

Do not go without leaving a comment here, or if you prefer, you can contact me directly.

Thanks for sharing on social networks. And again, if you have a business, company or work on your own, and you need to have better communication with your public and have more tools to increase your sales, here I am, for your graphic design and website needs.