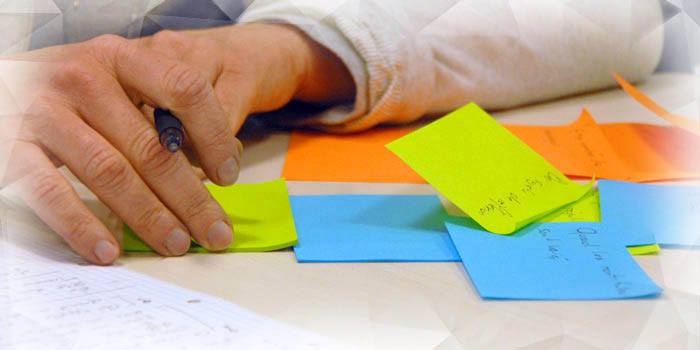 This is a classic system for generating ideas, you can work with it individually or in groups.

You have to write on a paper or also on a blackboard everything that goes out of your mind with regarding the topic or problem that is being addressed.

The goal is to capture everything, no matter how crazy or silly it seems. You can’t imagine when a crazy idea inspires a winning idea. Adopt an optimistic attitude to every idea that arises, think about how they can work for your problem.

If you are doing brainstorming in a group, encourage everyone to participate, remember, without judging, criticizing or discarding the ideas of the other, you will not want to discourage the participation of some and that could limit the results of the brainstorming session.

Furthermore, in a group, the participants can ask questions to deepen the concepts that emerged but that may need further development.

At the end of the session, you can separate the ideas into categories, combine them to create new concepts, evaluate and finally discard those that are not considered appropriate for this particular issue.

Besides, if you have the time, do not end the brainstorm quickly. You can a take a few minutes breaks and resume the session later. This can help so the mind avoids entering into a cycle of thinking in which you might not think of anything else.

In some cases, you can use sticky notes, especially in groups. This way you can write the ideas individually (without the influence of others) and stick them on the wall for example, so everyone can see them. By doing this, you have also the possibility to sort them or relocating according to their relationship with the other ideas.

The following is a short but interesting video that talks about Brainstorming as a tool to develop ideas. It emphasizes to capture all concepts in order to do not get lost any idea in the rain of proposals and organize them strategically and methodologically to combined them into a better idea that otherwise might not have arisen.

This has been the first technique I talked about in an earlier article The best way to have a good idea. Soon you will have the next two. But in the meantime, leave your comment here below, I would like to know your opinion.